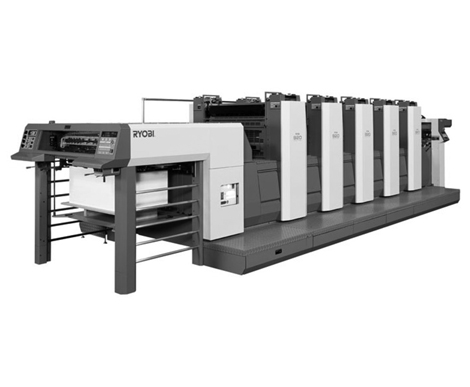 Rukmani Offset Press was founded in the year 1968 by the Chairman of Sakthi Group of Companies, Arutchelver Dr. N. Mahalingam in fond memory of his loving mother Smt. Rukmani Ammal.

Established under the aegis of Nachimuthu Industrial Association, today, it provides Complete Printing Solutions from design to finish, under one roof. With technically qualified staff, Cutting- edge technology infrastructure in printing, Superior Print Quality and prompt delivery, ROP has been bagging many 'Best Print Awards'.

Kisan world is a monthly Magazine in English started in the year 1974. It is a magazine that is devoted to 'Agriculture and Rural Development'. Presently 2000 copies of the magazine are being published and distributed every month.

It was founded by Dr.N.Mahalingam, the Chairman of the Sakthi Group of Companies, a preeminent think-tank on Agriculture and Industry. He still continues to contribute to the magazine as its Honorary Editor.

The Magazine has been voicing the cause of Indian Agriculture and that of Rural India by presenting a realistic picture of the problems and the hardship faced by the farming community. The prime intent of this magazine is to bring them to the awareness of intellectuals and policy makers who can debate and implement lasting solutions for farmer sensitive issues.

While presenting the grim face of the rural populace the Magazine has also brought to light many achievements and success stories. Adding luster to its rich content, the magazine has also been publishing thought-provoking articles on education, environment and health, written by educated farmers, economists and agronomists. 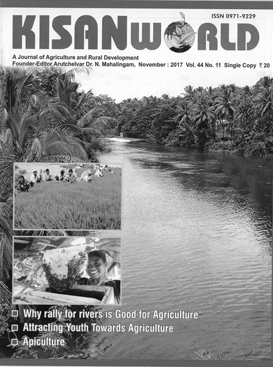 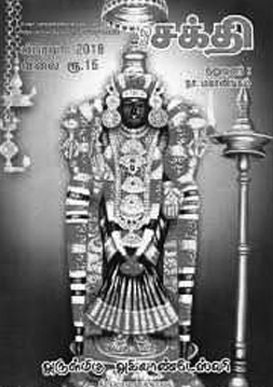 Om Sakthi is a Monthly Magazine in Tamil with a readership of over 15,500. It has been enlightening its readers ever since it's first print in the year 1983.

The Editor of the Magazine, Padma Bhushan Dr. N.Mahalingam, has been immensely contributing to the success and extra-ordinary repute of the magazine among its readers.

Through the Editorial of the Magazine the author has been prescribing fitting solutions to a number of social issues and remedies to the sufferings of the common man.

Unbiased in its views and not inclining itself towards any political party, it has been covering political debates and theories as promulgated by Leaders like Mahatma Gandhi, Jawaharlal Nehru and Sardar Vallabbhai Patel.

Keeping the cultural heritage of the country at its heart, the Magazine has been publishing stories, poems and research titles on astronomy, archaeology, agriculture and all that is noble and lauded by general readers and literary luminaries.

This Monthly Publication from the house of Sakthi sugars Limited was started in the year 1965 to provide vital information on agricultural trends and columns on farming and farming related subjects.

Every month 5500 copies of the magazines are being printed and circulated among an active base of 10000 readers. Through its columns on Sugar Cultivation and by publishing 'Research Findings and Development initiatives' of Tamil Nadu Agricultural University and Coimbatore Sugarcane Breading Institute the magazine has been fostering the yield of Cane cultivation.

Arutchelver Dr. N. Mahalingam has been penning his valuable thoughts and ideas for the betterment of the farming community. His speeches on subjects of religious importance and self confidence are been published by the magazine time to time, for the benefit of its readers. 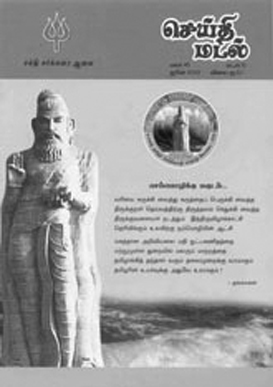